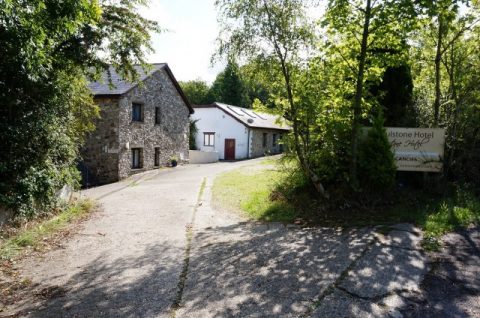 Stonesmith of Devon are delighted to marketing the freehold sale of The Bulstone Hotel, a substantial detached country hotel which is set in around 3.5 acres. The property is located on the fringe of Branscombe, a timeless coastal village of cob and thatch cottages surrounding by National Trust farmland, hills and coastline. Branscombe is located on the World Heritage Jurassic coastline with its own beach and is within an Area of Outstanding Natural Beauty. The village is much sought after and highly regarded, with an active community and a range of facilities including two popular public houses and a primary school. The premier coastal resort of Sidmouth is approximately 5 miles along the coastline and has a beautiful regency front and esplanade and a good range of shopping facilities. The county town of Exeter is about 20 miles to the west.

Originally a farm house, the property is believed to date back in parts to the 16th Century with major extensions completed in 1989. The property, which would benefit from some updating and modernisation, offers up to 13 letting units and currently trades on a bed and breakfast only basis. There is also a residents lounge, family room as well as several dining areas, a kitchen and various offices. There is also a 3 bedroom Owner’s Apartment. Externally, the property stands in around 3.5 acres of grounds which incorporate Car Parking Areas for around 30 vehicles, extensive woodland and lawned areas and The Old Cider House; a barn conversion providing additional Owner’s/Staff Accommodation.

The Bulstone Hotel has been in the same ownership for the last 23 years, however due to ill health and a recent bereavement the opportunity is reluctantly offered for sale. The business has traded as a hotel catering specifically for families with young children and was originally designed and equipped as such. In recent years, our client has restricted the trade to bed and breakfast only, from just seven of the letting suites with the remaining six letting units currently not in use. The sale of the Bulstone Hotel represents an excellent opportunity to purchase a substantial country hotel set in a large plot in a highly regarded and much sought after part of East Devon. Tremendous potential exists for incoming purchasers to improve the property and develop a style of trade to suit their own requirements. The hotel has a website www.thebulstone.co.uk which provides further information on the business.

The freehold property is on the market for offers invited on £695,000. Full property details are available from the website www.stonesmith.co.uk and viewings arranged by calling 01392 201262.