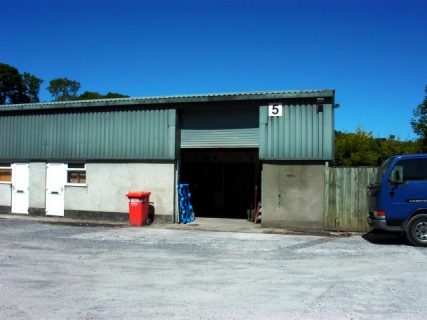 Established in 1998, and originally trading as Scattor Rock, Gidley’s Brewery at Christow has been sold by licensed property specialists Stonesmith of Exeter.

Previously owned and operated by Geoff Mann the business has been bought by Paul Arrowsmith and his partner Margaret West who were specifically looking for a small, local, production based business with potential for growth in today’s challenging economic times. On their second viewing they realised that the brewery offered everything they were looking for, as it provided 3 quality recipes with the scope to add more, an established South West client base and whilst it brewed up to 30 casks a week it had the capacity of brewing up to 60 casks a week.

At present Paul says they are “consolidating their place in the market, which is a challenge as Devon has a strong tradition for small locally producing brewery plants similar to Gidley’s”. Paul has taken on the position as head brewer, along with all of the operational roles and has already increased their activity and production in particular aiming at the home consumption and party market with 9, 18 & 36 pint beer in a box and 5L take home Party Packs of ales available.

Looking ahead they are hoping to expand the product list, introduce a light ale and enter a range of alternative consumable markets. They are presently experimenting with beer based condiments such as real ale vegan chutneys.

Gidley’s is a purpose equipped industrial unit on the outskirts of Christow in the Teign valley. It is a bespoke 4 barrel brewery plant capable of producing over 4500 pints a week and is a member of CAMRA the real ale campaign.

Mike Phillips of selling agents Stonesmith commented “we received unprecedented levels of interest in Gidley’s Brewery from throughout the UK and we were delighted that a sale was concluded to local purchasers who recognised the potential to building on an established Westcountry brand and further developing the product range and market penetration. We would like to take this opportunity to wish Paul and Margaret every success with their new venture.”

A leasehold business Stonesmith sold Gidley’s off a guide price of £39,950