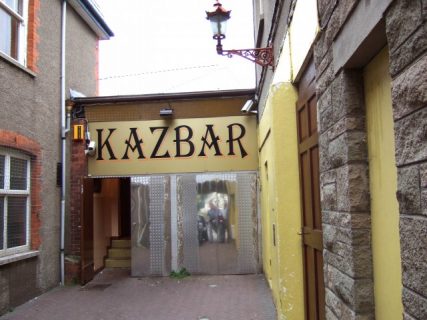 Previously trading as Kazbar Nightclub and situated in the surfing Mecca of Bude in North Cornwall, the club has recently reopened as Rogue.

Since September 2007 Kazbar has been the only nightclub in the town, as the other one was sold for redevelopment. It has now been bought by the well known and experienced Perry family who trade as Bude Nightlife Ltd and also own various licensed and catering establishments including The Inn On The Green and the Beach Cafe at Crookelets Beach. The sale was handled by licensed property specialists Stonesmith of Exeter on behalf of a local businessman, who formerly owned Kazbar for 5 years, latterly running it under management.

Kazbar was recently closed for 2 months and been completely redesigned. It has now reopened as Rogue Nightclub, with the inspiration for the name coming from an album made by a family friend, Big Al Hodge. The revamped club has a new sound system, lighting and striking decor.

Rogue will be trading 3 nights a week in the winter and 5 nights in the summer and will include live music nights, guest DJ’s and a whole range of music to meet all tastes.

A lock-up ground floor unit, the business is situated in the heart of Bude on the main road into the town centre. Internally there is a central dance floor, bar servery, DJ platform, seating and customer welfare facilities along with a beer cellar and wash and storage areas. Externally there is a walkway leading to the clubs entrance.