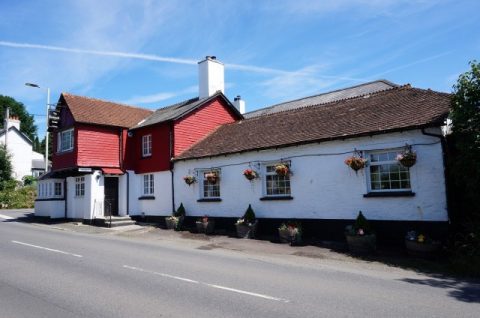 Stonesmith of Exeter are delighted to have sold The Blacksmiths Arms. This high turnover business is a traditional country village pub and restaurant which serves the local village community as well as the surrounding villages and towns in the area.

The Blacksmiths Arms is a traditional character detached village freehouse with origins reputedly dating back to the 18th Century. This attractive and deceptively spacious property had been sympathetically extended by our clients, whilst retaining the original charm and character with features such as open fire places with woodburners and heavily beamed ceilings. The property occupies a substantial site in the centre of the village and benefits from a self advertising and prominent landmark trading position.

The Blacksmiths Arms is situated in the heart of the popular and highly regarded village of Lamerton. This attractive village is situated around 3 miles from the historic town of Tavistock, birth place of Sir Francis Drake, close to the Devon/Cornwall border. The business is located around 15 miles from the city of Plymouth. Lamerton’s location, close to both the Tamar Valley and the Dartmoor National Park, prove popular with tourists and day trippers visiting the area throughout the year, with many historical features and attractions and picturesque scenery all within a short drive.

The business was purchased by Maureen Banks and her son, Russell.

Mike Phillips, Director of selling agents Stonesmith, commented: “The sale of this popular, high turnover village pub is the third high profile freehold pub which we have sold in West Devon in the last two months, and demonstrates that the pub market remains robust in the westcountry, despite the general economic and political uncertainty surrounding Brexit. We wish Maureen, Russell and their family every success with their new venture.”

The freehold property was sold for an undisclosed figure off an asking price of £495,000.