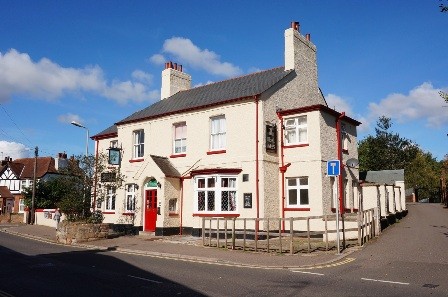 Stonesmith are delighted to have sold The Holly Tree, a character community pub in the heart of the Exmouth. The Holly Tree is situated on Withycombe Village Road in a residential suburb of this popular East Devon coastal resort town. Exmouth is situated on the Jurassic Coast, a recently designated World Heritage Site. It is also a dormitory town for Exeter, and has a resident population of over 35,000, although this increases substantially during the summer season. Exmouth’s sandy beach has long been a well-regarded tourist destination and the Cathedral City of Exeter is approximately 8 miles north west.

The Holly Tree trades as a popular community pub providing quality cask conditioned ales in a convivial atmosphere. It is extremely well regarded locally and consequently enjoys a popular and regular year-round trade which shows little seasonal fluctuation. The Holly Tree is home to 5 darts teams, a pool team, and a good number of groups and societies hold regular meetings in the pub. There is also a popular weekly quiz night.

“The sale of The Holly Tree follows on from the sale by Stonesmith of The Country House Inn in Exmouth in the summer. The sales confirm that there is still demand for both tied and free of tie pubs throughout the Westcountry.”