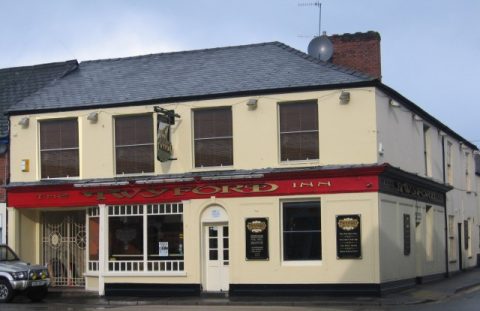 One of Tiverton’s popular pubs has recently been sold. The Twyford Inn in Bampton Street has been bought by Philip and Karen Grattan who have 19 years of experience behind them in the hospitality trade. The business was sold on behalf of Tim and Lou Milnes by licensed property specialists Stonesmith of Exeter.

Originally from Northern Ireland Philip, having spent a great deal of time working in London, has settled in The West Country with his wife Karen and their son Patrick. They moved to Tiverton to be close to Karen’s parents and found the town and people very welcoming and friendly.

Philip and Karen were looking for an opportunity to branch out and run their own business as Philip has worked for many years for other people. He has worked in some of the best hotels and clubs in London and for some of the top names in the business, including Harvey Nichols, the Elysium Night Club (under the Café Royal) and for Jean-Christophe Novelli, before finally working more locally at Woodbury Park for Nigel Mansell. Philip said having worked in prominent venues and for bigger organisations he has developed many of the necessary skills for running his own business.

Philip and Karen identified the Twyford as being a business with potential and they feel that Tiverton is such a great town. They have been warmly welcomed by the locals and are keen to provide a service to meet their customers needs. They are continuing with many of the activities at the pub including the pool team, live music and quiz nights but are looking for Crib and Darts players to start some new teams.

The aim is to expand the business and to attract a wider range of customers. They have already introduced a new lunchtime and Sunday roast menu, with home made meals, and are in the process of introducing more real ales once the refurbishment of the bar is completed. The other notable change coming soon will be longer opening hours.

Philip and Karen want to turn the Twyford into a traditional pub with a twist. One thing they won’t be changing are the popular features like the live music events on a Friday but they will be introducing various charity events for autism and Communication and Interaction Resources Base (CAIRB) in Castle Primary School, which is close to their hearts as their son is autistic.

The pub is situated on the edge of the town and is a substantial end of terrace property with extensive private accommodation. The trade areas provide a main bar with two seating areas and a sports area with a pool table and gaming machines, providing total covers of
approximately 45. Back up facilities include a well equipped catering kitchen and a lower ground cellar. The private accommodation has 6 bedrooms, a bathroom, lounge, kitchen, office and separate computer room. Outside there is a large paved trade area with approx 60 covers and a 2 storey storage barn.

An Enterprise Inns lease, The Twyford was sold by Stonesmith off an asking price of £105,000 and is one of 4 leasehold businesses sold by Stonesmith in the last six weeks, including The Globe Inn Newtown, Exeter, The Globe Inn at Chagford and the Seven Stars in Kingsbridge. With further leasehold and 2 freehold pubs in solicitors hands, Stonesmith are pleased to report continued demand for licensed trade businesses.